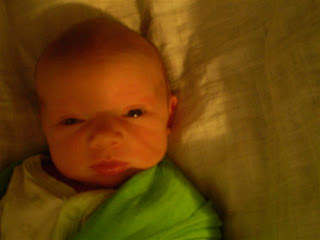 This week I became a Great-GrandMaMa (click here to meet Isabella) … yes I know … how can that be you ask, someone so vibrant, so young, yet only 39 with a lot of late nights …


March 25 I was blessed. I’ve said so many times before I am blessed again and again and to be there, no not in the delivery suite, no way could I see my baby have her baby but to be stroking my grand-daughters brow shortly before Isabella made her entrance, was phenomenal!


I’m a cryer, I tear up at movies, parades, sad songs, happy songs, births, deaths, marriages, surprises, graduations, celebrations of any description, jokes both sad and funny, good and bad … you name it I shed tears, get a red, snotty nose …and Isabella’s entrance epitomised what life, tears and aging was all about.


For me aging is only ticking off the numbers. You can’t change it … think old, you’ll be old, worrying about it makes you old, endeavouring to avoid the inevitable simply detracts from what’s impossible to change. So go with it, enhance it, surround yourself with positive, happy, contented people ... trusts me it rubs off. Avoid negative whingers who drain the life out of you, who clog up your pores with their woeful baggage ... choose people who get over it, who don't dwell on what they can't change, people who love being alive no matter what destiny deals.

A dearly departed friend always said she would never hang round with old people, sick people and poor people … that was a funny saying when we were out and about in our prime but not so funny when that same friend died not so old, but sick and poor … says it all doesn’t it?


To have survived, to own a myriad of stories, memories to cry about, to smile, share and hand on to a new generation … makes aging bliss.


To have reached a never dreamt of pinnacle in my precious life allows me to choose a new theme song ... the perennial, somewhat defiant chorus of the Australian 70s group The Masters Apprentices song “Because I Love You” … Do what ya wanna do, be what ya wanna be yeah click here to sing along ... you’ll love it ...
at 5:03 pm 7 Comments

Labels: AGING, be what you wanna be yeahhh, Because I Love You, Do what you wanna do, Masters Apprentice, Sunday Scribblings
Email ThisBlogThis!Share to TwitterShare to FacebookShare to Pinterest 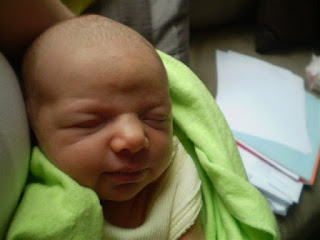 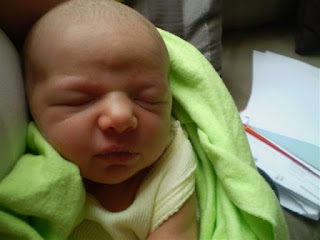 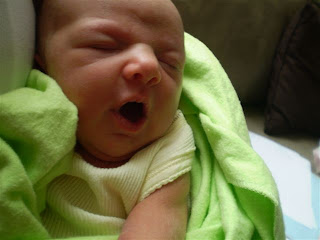 Sunday Scribblings has done it again ... given me the opportunity to share with you one of the all time, greatest Aussie anthems ever recorded ...

I Come from the Land Downunder.

Follow the words and sing a long ... courtesy of here

Traveling in a fried-out combie
On a hippie trail, head full of zombie
I met a strange lady, she made me nervous
She took me in and gave me breakfast
And she said,

"Do you come from a land down under?
Where women glow and men plunder?
Can't you hear, can't you hear the thunder?
You better run, you better take cover.

"Buying bread from a man in Brussels
He was six foot four and full of muscles
I said, "Do you speak-a my language?
"He just smiled and gave me a vegemite sandwich
And he said,

"I come from a land down under
Where beer does flow and men chunder
Can't you hear, can't you hear the thunder?
You better run, you better take cover.

"Lying in a den in BombayWith a slack jaw, and not much to say
I said to the man, "Are you trying to tempt me
Because I come from the land of plenty?"
And he said,

"Oh! Do you come from a land down under? (oh yeah yeah)
Where women glow and men plunder?
Can't you hear, can't you hear the thunder?
You better run, you better take cover."

So what does it all mean?

The term Down Under is a colloquialism referring to Australia and New Zealand. It locates Australia as "the land down under" because it lies totally within the southern hemisphere. "Down Under" is also attributed as the inspiration for the underwear brand Gilly Hicks, from the internationally recognised American lifestyle brand and company Abercrombie & Fitch.[citation needed]
The persistence of the media use of the term has led to its wide embrace and usage. The Men at Work song "Down Under" became an instantly recognisable, patriotic rallying song. The famous Australian boxing champion Kostya Tszyu was nicknamed "The Thunder From Down Under".

Labels: Aussie Anthem, I come from the land downunder, Men at Work, Sunday Scribblings
Email ThisBlogThis!Share to TwitterShare to FacebookShare to Pinterest 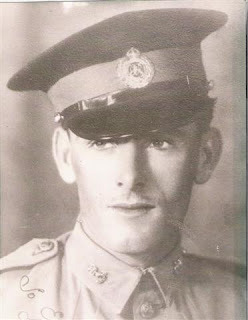 Dad was born in Heaton near Newcastle on July 3rd 1915.

Dad was the eldest son of Sidney and Ethel. They were ‘dirt poor’ and Dad would tell you how, from his earliest days, he would rather fish than anything else.

He described himself as a wild scrawny kid. He wagged school to fish, left school to fish and he changed schools half a dozen times. His Mum even sent him to St. Bernard’s Catholic School at Matraville hoping the nuns would straighten him out but fishing remained number one.

His Dad was an itinerant sign writer. When his Dad wasn't working my Dad managed to bring home a feed of oysters, cockles or leather jackets. He caught blackfish/ Luderick, the fish that became his favourite, at Bunberra Point near Bunnerong.
Dad would also take home wood from foreshores of Botany and would follow the coal truck, picking up coal that fell off to keep the family in light and heat for cooking and water. He knew two old blokes who had a camp out at “Pussy Cat” a spot on Botany Bay. Dad used to go there to bludge sandwiches from them when there was no food at home and to pick up any fishing gear they saved that washed up.

By 14 Dad had left school for good. By 15 he was sent away from home because of the depression to the north coast to go fishing as a paid job with his Uncle.
At 18 Dad joined the 55 battalion Militia at Zetland, like today’s army reserve, then transferred to the the regular army because there were no jobs at that time. His Dad had died and he needed to support his Mum, brother and two sisters.

Fishing played a major role in Dad's life and when he married he supplemented his wage by selling fish on the beach at Bondi and to the Bondi Fish Shop. His beloved wife was a ‘fisherman’s widow’, she never complained. He lived and dreamt fishing, he made all his own rods, reels, sinkers and floats and had his name and photo in the newspapers because of it. He also used fishing as an excuse to go shagging…

They called Dad the "Pied Piper." No matter where he fished whether it was the Merk at Bondi where he built the first ladder down the cliff, on a break wall or the banks of the Georges River - when no-one else could catch any Dad would be reeling them in!

Despite his meagre beginnings Dad became a fitter and turner by trade and rose to become a cost investigator, costing weapons and missiles with the Department of Defence, a good provider and an extremely private man with unique esoteric beliefs. 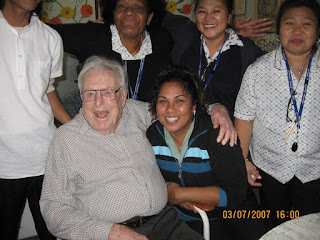 The past week has been turmoil with the unexpected decline of my Dad's health.

Last December a bout of flu became pneumonia. Dad also had a mild heart attack resulting in heart failure which has slowly worsened and confusion has become dementia. Dad's conscious, his breathing is laboured, he knows who's around, he tells the staff to 'get nicked' when they tend to him! Palliative care has started.

This pic was on his 92nd birthday surrounded by staff at the nursing home. His major priorities, wine, women and food remained foremost despite his age!

Listen up this is important ... it doesn't matter about the man he once was, it's of no consequence what's transpired in the past ... he's my Dad. He did what he thought was right, he worked hard, he was a good provider, he did the best he knew how with what he had!

Now his dignity, peace and most of all his comfort are paramount. I'm sitting with him every day. This isn't a sad time.
at 12:05 am 0 Comments 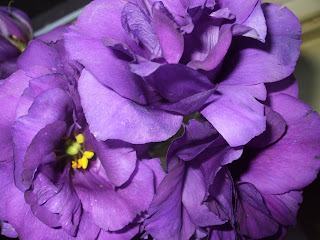 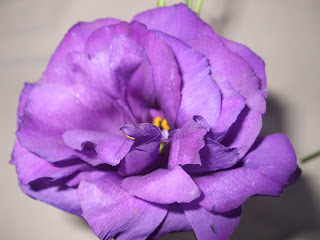 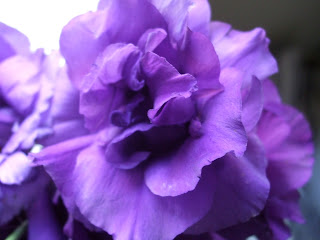 Labels: brighten a dull day, Lisianthus my favourite
Email ThisBlogThis!Share to TwitterShare to FacebookShare to Pinterest

The stupidity of ebay ...

A Darling Mate of mine has been selling on ebay for seven years. On Sunday he was notified by ebay that two items he's listed had been withdrawn ...

One was a 'BONE necklace' the other was 'a set of BONE handled knives' ...


When questioning the ebay decision he was told by the unbudging, over zealous, supercilious, pillock on the other end of the phone was "to use the term bone you must stipulate what sort of bone it is "


My mate wonders ... how on earth is he expected to find someone to do the DNA, the research and who is going to foot the bill?


According to ebay policies I have to specify the 'species' of animal the bone came from. This listing was previously removed for this reason. In a piece this age it is a ridiculous suggestion so my feeling is that it is either unicorn or wookie but certainly not a protected species ...


If there's no response from ebay they've more than likely satisifed with the listing edit ...